Please enter the name and email details so that we can send your friend a link to the online tribute. No names or addresses will be collected by using this service.

Your email has been sent.

To share your memory on the wall of Danial Jaddou, sign in using one of the following options:

Your condolence has been posted successfully

Learn the benefits of ordering with us

Your email has been sent.

There may be a delay while processing. Please do not click the back button or refresh while a payment is processing.

Your donation has been processed successfully

Learn the benefits of ordering with us

“I am the resurrection and the life; whoever believes in me, even if he dies, will live, and anyone who lives and believes in me will never die.” John 11:25-27

“I am the resurrection and the life; whoever believes in me, even if he dies, will live, and anyone who lives and believes in me will never die.” John 11:25-27

Danial Elias Jaddou was born in Telkeppe, Iraq on August 18, 1927 to Elias and Mousha Jaddou.
Danial was born into a holy family. His father, Elias Jaddou, was a prominent deacon and his mother Mousha also came from a religious family. Danial was raised with all the founding principles of our Catholic faith. Those principles and values have remained alive in the actions and teachings of his family for nearly a century.
In October 1942 at the age of 15, Danial was accepted into the Institute of Education for teachers in Baghdad called Dar Al-Mualameen in Rustemea, which included room and board. He was proficient in the subject teaching of Math and English. For many years, he tutored Algebra to his classmates on Thursdays and Fridays. He graduated from Dar Al-Mualameen in Rustemea in 1947 to become a full-fledged teacher.

He was engaged for two months and was married on February 14, 1954 in St. Peter and Paul Church in Telkeppe. For the last 66 years, Danial and Almas celebrated their anniversary on St. Valentine’s day.

Danial Jaddou has been a devout Catholic since the beginning. He was appointed by the beloved Yousif Omi and Yousif Attisha to form and be the director of the Holy Rosary Group, which consisted of 600 members. In 1951 he became a member of the Sacred Heart of Jesus Group and was chosen to be a treasurer. Until today, he was a member. His teacher, Sister Immanuel, taught him the importance of daily prayer, especially before meals. In kindergarten his best friend was the beloved Patriarch Mar Immanuel Dally. Danial encouraged all his students to go to church and pray often. Even until his last days, he prayed multiple times a day and attended Sunday mass.

Danial very much enjoyed the outdoors and appreciated the nature around him. He enjoyed sports and ventured outside, believing it to be good for his mind, body, and soul. He was also a free thinker and had an open mind toward other perspectives. During his early adulthood, he read many different books about politics, religion, and natural science.

He had an open heart and broad social network. He socialized with the clergy, academic community, and with many different folks who were not in the same social class or held values and philosophies that differed from his own. That broad and open social network enabled him to expand his perspective and ideological thinking.

Danial was a great role model, mentor, and spiritual leader in the Chaldean community. He gave endless time to his closest companions, and was open to any sort of conversation, regardless of the subject matter.
Danial’s morals and values of faith, family, respect, determination, strength, and attentiveness—what he embodied throughout his entire life—were instilled within his children, grandchildren, and great grandchildren. Most people will remember Danial as a natural storyteller whose wisdom and charisma were unparalleled. Those stories touched the lives of countless people, and will carry on in the hearts of his family and friends forever.

A Requiem Mass for Danial Elias Jaddou will be held at
Mother of God Church in Southfield on October 08, 2020 at 1:00 PM

Due to the COVID 19 Pandemic, the family apologizes for not accepting guests at their home. They will accept your condolences via phone calls, social media, and text messages.
Read Less

To send flowers to the family or plant a tree in memory of Danial Elias Jaddou, please visit our Heartfelt Sympathies Store.

Provide comfort for the family with a meaningful gesture of sympathy.

Show you care by sending Flowers

We encourage you to share your most beloved memories of Danial here, so that the family and other loved ones can always see it. You can upload cherished photographs, or share your favorite stories, and can even comment on those shared by others.

Sister Warina Allos and Family and Ari and Olga Samani sent flowers to the family of Danial Elias Jaddou.
Show you care by sending flowers

Posted Oct 07, 2020 at 01:40pm
✝️ Very sorry for the loss of my friend,
Please accept my condolences with my deepest sympathy ,
I will pray for him,
May he Rest In Peace !

Posted Oct 07, 2020 at 01:19pm
With heartfelt condolences, may God bless you with his peace & keep you in his care. Our thoughts & prayers are with you and your family always.

Posted Oct 07, 2020 at 09:43am
You and your family are in our heart and mind. Our deepest condolences on the passing of your father. 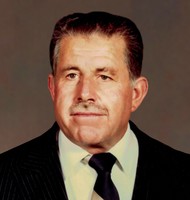 Connect with families at their time of loss.

By subscribing to email updates, you will receive two daily updates containing all new stories, photos, condolences, and more. You will also receive a one-time email, one week prior to the anniversary of death. The email will only serve as a reminder should you choose to connect with the family at what will no doubt be a difficult time.

Please select your relationship to the deceased and add your email address before submitting.

The following fields are required.

You have successfully been subscribed to email updates.

You should begin receiving updates within 12 hours. There will be instructions in the e-mail should you wish to unsubscribe, change your e-mail address, or otherwise configure your experience.

Admin|Obittree|Privacy Policy|Terms of Use|Sitemap|Obituary Directory|Powered by FrontRunner Professional
Share by: